Warren Amos is the embodiment of the true Aussie spirit. Growing up in Melbourne in the 60’s, and leaving school to join his father in the Boatbuilding industry, Warren quickly decided to “jump ship” trading in scrapping barnacles for a labouring job in construction.

Spending his days on the end of a jackhammer, although honest work, as he would make his way home still shaking from the jack hammer he could not help but look up and dream that his future was in the sky.

So off his own back Warren made the painstaking effort of gaining his “crane chasers” cert as it was known back in the 80’s. Which is an impressive feat as it was in Melbourne in the 80’s, it wasn’t what you knew but who you knew that got you a spot chasing the crane and started in the lifting industry. 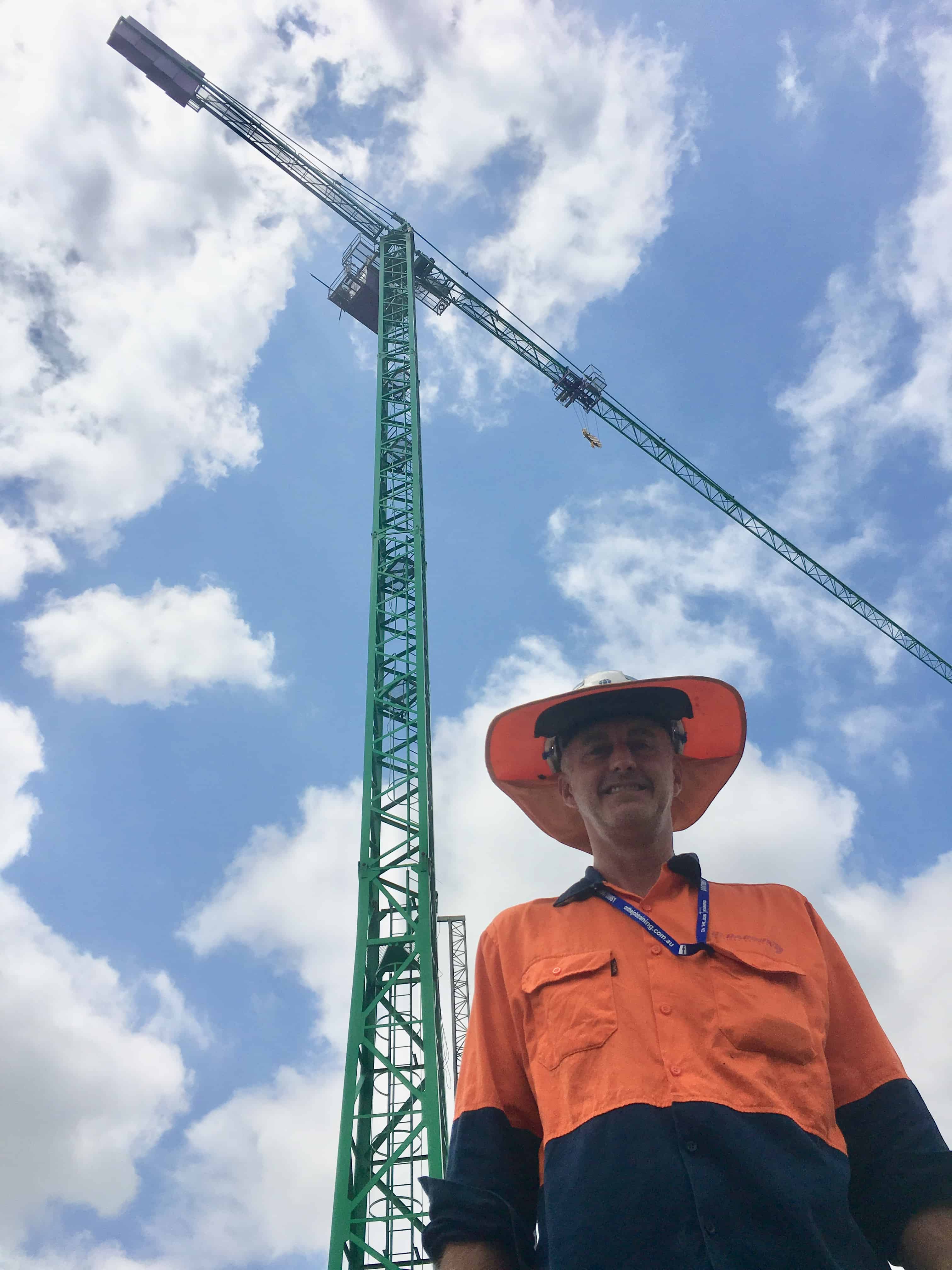 Warren has spent the last 30 years chasing the hook, taking every opportunity he could working his way into a seat, however as it always goes, he would get so far and the logbook would change, the course and requirements would change, the operator mentoring him would move to another job, the job he was on would come to and end and for Warren the stars never quite aligned.

Still, happy as he was he has had a very successful career in the construction industry,

Not for the feint hearted, Warren remembered once while working with the heli lift team, the updraft of the helicopter caught him by surprise and he fell, “I thought this was it, I’m dead, and then bang, the lanyard on my harness took up and I was still alive.”

Fast forward to 2019 and after suffering a work related serious injury, during the rehabilitation and recovery period, Warren once again found himself reflecting on 30 years in the industry and once and for all fulfilling his dream of

getting a change of pace and taking his seat, becoming a tower crane operator.

Thanks to the help of Work Cover & Red Arrow Crane Hire, Warren has completed his Tower crane Licence with OTJT & Worksafe Connect and is looking forward to the next chapter of his career, In the Sky!